Kickstart your next Python project with with Poetry, pre-commit and GitHub Actions 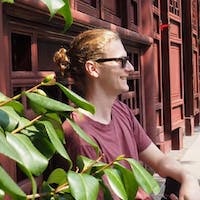 When setting up a new Python project, you probably have experienced that it takes quite some time and effort to do so. You have to make a lot of decisions, and when you are not completely sure how to do it, it takes time and mental energy away from actually working on the project.

Wouldn't it be great if you could do it right once and then profit from it in all the following projects? This is exactly what you are going to do in this tutorial. You will set up a reasonable Python template project suitable for most tasks.

These set up steps include:

This list of steps is by no means inclusive, but a sensible starting point for most Python projects. In the next few paragraphs, you will go over each of these steps to create a Python template repo that gets your next projects up and running in minutes. For each step, you will make use of great open-source projects that greatly help to achieve the goal.

Creating a Project Structure and Manage Dependencies with Poetry

As a first step, you create a default project structure and set up dependency management. Poetry is a tool for exactly that created by Sébastien Eustace. With Poetry, you can create deterministic builds, package your project, and publish it to PyPI using only a handful of easy commands. Besides its own nice documentation, there is also this great introduction to Poetry if you want to learn more about it.

Simply follow these steps to set up a default project structure and add first dependencies:

1. Create a clean Python environment using pyenv and activate it

To create a clean Python environment, I suggest using pyenv, a tool to manage different Python versions. If you do not have it on your system already, follow this great guide by Real Python. Then simply run the following commands:

This will install Python 3.7.7 from source and set it as the global Python version.

Install Poetry by following the install instructions for your OS on their website. Then you can run the following command to create a default project structure:

This creates the following directory structure:

The most important file here at the moment is pyproject.toml that contains general information about the project and its dependencies and is used by Poetry to manage the project:

For now, the only dependencies we have are Python 3.7 and pytest. The [build-system] entry makes it compliant with PEP-517. You can find more information about what can be specified in the file in Poetry's documentation here.

Adding a dependency to the project works with the poetry add command and the required package's name. You can find more information about the command and how to specify package versions here. In this example, you add Click, a Python package for creating command-line interfaces used later in a short template script.

After adding a new dependency, Poetry adds (if it is the first dependency) or updates a file called poetry.lock containing the exact versions of the downloaded packages. These are used when someone or something else, e.g., a colleague or a CI server, installs the dependencies using the poetry install command. This ensures that the project does not break because of different versions of dependencies.

When writing new code, one of the most important things to keep in mind is the following:

Apart from structuring your code well, a consistent style highly contributes to readable and understandable code. Apart from PEP 8 itself, which is a great read, I can recommend going over this great article by The Hitchhiker’s Guide to Python about "Pythonic" guidelines and idioms.

It helps a lot to have an understanding of these rules and guidelines. But actually, when you are working on a project, you do not want to waste mental energy by thinking about how to best format the code. Exactly for this reason, there are some helpful tools out there that do this job for you.

A great way to incorporate these tools into a project is to use Git Hooks to check files automatically before committing them. Here, you will use pre-commit, a framework for managing and maintaining pre-commit hooks.

With the following steps, you can quickly set up several pre-commit checks to enforce a consistent code style throughout the whole project.

1. Install and add pre-commit to the dependencies

2. Configure the hooks that we want to use

Create a file called .pre-commit-config.yaml in the root dir of the project. There, the hooks are configured. The following is the default configuration that I use for projects. It makes use of hooks that come directly with pre-commit, like checking the format of JSON and YAML files or whether large files are added to Git. Additionally, flake8 is used to display warnings about style inconsistencies, and black is used to format the code automatically.

3. Install the hooks for the project

Now, you can manually run these hooks whenever you want your code to be checked and formatted by running pre-commit run --all-files. Also, every time you want to commit, these checks are run, and if there is a failure, you cannot commit unless you fix it. This is sometimes a little annoying when you quickly want to commit something, but it ensures high coding quality in the long run.

The final step is to create a CI pipeline with GitHub Actions, which is free for public projects and students. With this pipeline, you will check whether all pre-commit hooks pass without an error and run tests with pytest.

The setup is straight forward. Simply add the following ci-testing.yml file to the .github/workflows/ directory of your project.

This file defines the action CI Testing that gets triggered on new pushes and pull requests. It sets up an Ubuntu server with Python 3.7, runs the pre-commit hooks and the tests with pytest. For a more detailed look at how to set up actions for a Python project, check out the GitHub help pages for that topic.

Now that you have set up a sensible project structure, dependency management, automatic formatting checks, and CI, it is time to start with the actual work.

To demonstrate the pipeline, create a small demo script by following these steps:

You have already installed Click and pre-commit in the previous steps. For the sake of this demonstration, additionally add tqdm, a Python package to create progress bars.

In the next step, create a simple template script in the python_template_repo/ directory:

It takes two arguments, len_loop and sleep_seconds, logs them, and runs a tqdm loop. Its sole purpose is to demonstrate how Click and tqdm work and have a script to test pre-commit.

After creating the script, check whether it passes the pre-commit hooks. Try to commit your work by running the following command:

You should get the following output from pre-commit:

There are some flake8 errors, and black reformatted the file.

When staging the changed files and committing again, all hooks pass, and you are good to go as black automatically fixed the flake8 errors:

Use the following command to run the script inside the project's environment using Poetry:

To shorten the command, you can add the script to the pyproject.toml file:

5. Check whether the CI tests pass

To check whether the CI tests pass, add a simple test that checks whether the template script runs without errors. Create a file called test_template_script.py in the tests directory:

You can run the test locally with:

To see how the CI testing works, you first need to create a new GitHub repository. You can then push your work so far by running:

You can then head over to your newly created GitHub repo and check whether the CI tests passed under "Actions".

With these steps, you are well prepared for your next Python projects. You are ready to use Poetry for managing dependencies, pre-commit to automatically check your code style, and GitHub Actions to automatically test your code.

Let me know how your Python project-setup steps look like!

I provide this repo as a Cookiecutter template for the case you want to use exactly this Python project setup. Simply follow these steps to set up your project in minutes:

3. Run Cookiecutter to create a new project from the template

You will be asked how you want to name the repo, the package, and the script. Simply fill in these variables, and you get a customized version of the template repo.

The template also comes with a README containing setup instructions. 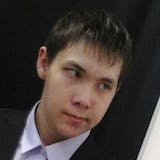 Although, I like when people point out ready library/boilerplate in one package, good one 👍